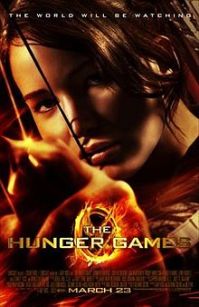 You know how Hollywood will announce an upcoming movie, and will usually precede any trailers by releasing special info like who’s attached to direct and who will be starring in it? Believe it or not, there’s actually an interesting selection process that leads up to this. Yeah, I was surprised too. Given what I’ve learned from Entourage and Hollywood’s many movies about itself, I would have thought that the whole process was done behind closed doors, and involved a bunch of sleazy executives, some martinis and many, many lines of coke!

But according to a recent article from Blastr, the process is a bit more complicated. It seems that prospective directors are also expected to make pitches to the producers, and often do so in the form of videos. When The Hunger Games was first being conceived, that’s precisely what prospective director Kevin Tancharoen did. Tancharoen is relatively new to Hollywood, the man behind the 2009 remake of Fame and the guy who has been on the radar of the sci-fi fan universe ever since he released a test film for the proposed Mortal Kombat: Rebirth film.

The trailer featured below is the mashup he created to show to the producers. It features footage from numerous movies, including Harry Potter, Serenity, Gladiator, Ultra Violet, X-Men, 300, Lord of the Rings, and a slew of other science fiction and action films. In the background you hear key lines of dialogue featured from the original novel, giving a sense of context and direction to the montage. Having watched it, I can tell you that it’s not bad, provided you don’t mind that not a single scene is original! Of course, Tanchareon didn’t get the job. But there’s still the sequel to think of…

Which reminds me, I’m due to review the movie they did make. I finally got around to watching it, and I think it would be nice to do a blow by blow comparison between it and the original novel. Expect it soon!

9 thoughts on “The Hunger Games You Didn’t See”