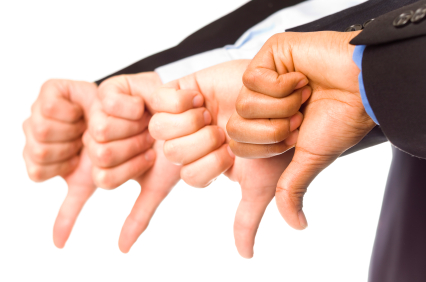 As all successful writers will tell you, rejection is part of the process. From Ray Bradbury, to Frank Herbert, to George Orwell and James Joyce, every great has always admitted that before they were well known, they were a nobody. Publishing houses wouldn’t take risks on their manuscripts, editors told them it simply wasn’t what they were looking for, and friends and family told them to simply persevere. Sooner or later, their genius would be recognized for what it was.

That’s what I tell myself whenever I get the form rejection letter that I found in my Inbox this morning. For some months, I have been trying to get my short story “Domicile 4.5” published with a magazine. It’s a story of the not-too-distant future, of nanotechnology, avarice, and the dangers of constantly trying to “keep up”. And this is the third magazine to tell me, in essence, “thanks, but not what we’re looking for.”

Of course, I will try again. There are other magazines who have specified that they interested in speculative fiction and technologically based stories, so all hope is not lost yet. But it does get me down, right? One can’t help but feel personally rejected when a  form letter like this arrives. Whenever you express yourself creatively and someone says “no, thanks”, you can’t help but go through gambit of emotions. Self-doubt, sadness, and maybe even a little anger. What am I doing wrong? What was wrong with it? Surely, there must be a reason right?

Of course, I know that everyone out there knows precisely what I’m talking about. Whether it was a job application, a relationship, a petition to join a group – we’ve all been there. So I thought I might open the floor and ask my friends and colleagues out there, what kind’s of rejection stories do you have? More importantly, what did you do to soldier on when it happened? Is there a magical elixir to let yourself know that you are the problem, that this is just part of the process, or that you’re efforts are worth and just haven’t been recognized yet? Feel free to share because I’m interested to know 🙂

10 thoughts on “Dealing With Rejection”