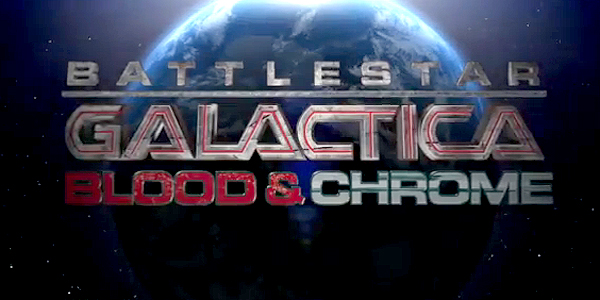 Hey there, BSG fans! If you’re like me, then you’ve been in the dark until very recently about the new web series Battlestar Galactica: Blood and Chrome. This show, which began back in November, only came to my attention about a week ago, and since then I’ve been scrambling to get my hands on all the episodes.

So for those who don’t know about, do know but haven’t had the chance to see it, or are just getting into it, I hope this will all prove of interest to you. Over the next few days, I plan to watch all ten episodes and review them in three separate parts (1-4, 5-8, and 9/10). Come join me and hopefully this new series will fill the void that BSG and the short-lived Caprica have left in their wake…

Background:
Set in the tenth year of the First Cylon War, the show follows the exploits of the young William Adama as he joins the Colonial Fleet and begins participating in the twenty year war to rid humanity of the machines. The series stars Luke Pasqualino as a young William Adama and was created by Michael Taylor and David Eick.

Distribution of Blood & Chrome began as a 10-episode online series in conjunction with Machinima.com on November 9, 2012, but a televised movie is slated to air in February 2013 on Syfy. Depending on the success of that, we might just see a new prequel series in the works! Never been a fan of prequels, but based on the strength of the webepisodes thus far, I see some serious potential! 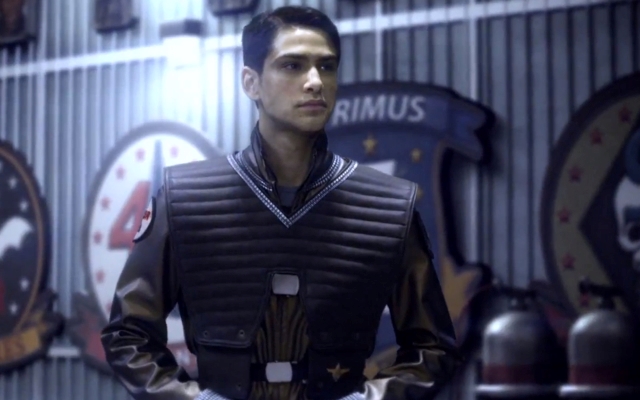 The story opens with Bill Adama writing to his father, explain why he has enlisted in the war. This gives us a quick precis of how the Cylons revolted against humanity for what appear to be unknown reasons, and how the war to bring them to heel has been going on for some time and at the expense of many lives. We then cut to a firefight in progress where Adama is engaged with two Cylon Raiders and uses some sweet and unorthodox moves to take them down. But of course, it’s all a simulation.

We then see Adama arriving on a shuttle aboard the Galactica for the first time, where he distinguishes himself amongst his peers as a cocky SOB who can’t wait to get into combat. As a result, he is assigned to a Raptor named Wild Weasel where he meets his surly and jaded co-pilot, Coker Fasjovik. 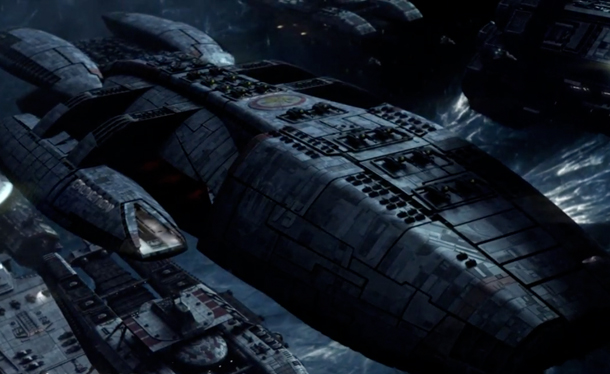 Unlike Adama, he is interested in getting out after his second mandatory term is done and has no patience for hotshots. Neither, it seems, does Commander Nash – Galactica’s CO – who assigned him to make a supply run for their first mission. This mission will take them four days and will completely avoid the enemy, it is hoped.

In the following episode, Adama and Coker find that their cargo isn’t supplies but a software engineer named Dr. Beka Kelly. Adama had already met her in the showers, and the chemistry was clear. However, his feeling soon cool when he realized that she used to work for Graystone Industries, the same company that produced the Cylons in the first place. And as one of the people who helped upgrade their CPU’s, she also had a hand in giving them their intelligence. 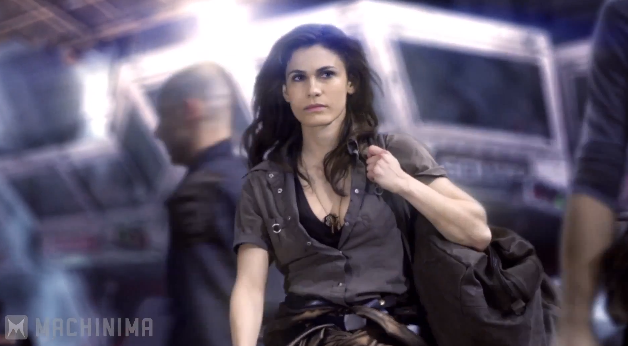 They also learn that their true mission, which Kelly informs of them once they are underway, is to rendezvous with the Battlestar Acheron near the front lines, and to maintain radio silence all the way. What began as a milk run quickly turns into a combat mission! However, when they arrive, they find the Acheron destroyed, the result of an ambush.

Three Cylon Raiders then close on them and things get real hairy, real fast! Luckily, their small compliment of weapons and Adama’s crazy flying skills manage to save their asses. Unfortunately, Kelly tells them they cannot return to Galactica and orders them to send a transmission on an open frequency. 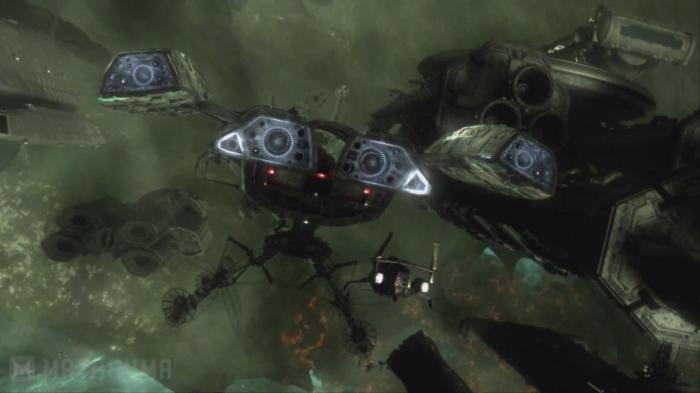 In response, they are given a set of coordinates which will take them into Cylon space. After a heated argument, Adama and Kelly convince Coker to oblige them and they set course. En route, Kelly reveals to Adama that was once married to Ezra Barzel, a war hero who inspired many young people to join the academy. When they reach the coordinates, they find a series of Colonial “ghost ships” – i.e. ships that were reported lost – hiding in a field of asteroids.

Once aboard the command ship, an Orion-class Battlestar named Osiris, Dr. Kelly meets with the commander and they are all briefed on their mission. The fleet is inbound for Djerba, a planet deep within Cylon territory where Dr. Kelly is to be delivered for some special mission. Adama volunteers to fly the doctor in and she insists that they be allowed to say with her since they’ve come this far together. When they reach the planet, a Cylon base star appears unexpectedly. Rather than abort, the Commander orders a full launch and tells Adama and their escorts to make for the surface…

Summary:
Well, as far as first and second impression go, I was pretty impressed. It was nice to see a new that had the old Battlestar feel. The tone, direction, and visuals are all quite superb, establishing a dark and gritty tone to the story which BSG is famous for. The casting is also quite excellent, and its nice to see several familiar faces in there. Aside from Luke Pasqualino, just about every member of the cast was in BSG or Caprica, and David Eik did his usual thing and makes an appearance as a supporting character.

The rest were all Vancouver-based actors that I recognized from other shows. Always nice to see fellow Canucks at work! And the CGI and music, which comes from the same people involved in the shows predecessors, was nothing short of awesome. In fact, despite it being a web series, Blood and Chrome even improved upon the effects of the original show.

But of course, what matters most here (at least to me) is the plot. Given that this is a limited concept show which comes in 12 minute packets, there’s little time devoted to build-up and character development. Mainly, we are given a premise, some background, and then thrown into the thick of things. However, this is to be expected from a web series, where the format just doesn’t allow for much pacing or exposition. And really, who cares when you got a story like this?

Although it”s still taking shape at this point, the overall plot seems pretty clear. After ten years of protracted conflict, the war against the Cylons is not going so well. The mission involving this “ghost fleet” is clearly a last-ditch effort to win the war outright, and just about everything hinges on its successful completion. Of course, there are going to be several twists and turns along the way, and surely some more deep background stuff that will answer some key questions. Like why do the Cylons hate humanity so much? Why did they turn in the first place? And how do events from the First Cylon War play into the attack which took place some thirty years later.

Eager to find out where things go from here! Stay tuned for web episodes four through eight, coming up next!