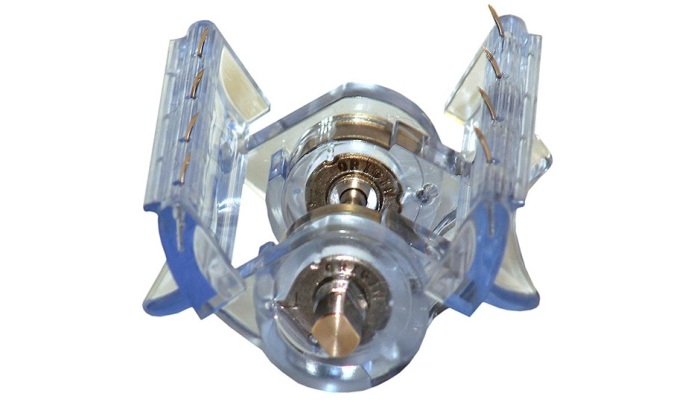 For centuries, medics have been forced to deal with cuts and lacerations by simply binding up wounds with bandages and wraps. Time has led to refinements in this process, replacing cloth with sterile bandages. But the basic process has remained the same. But now, severe cuts and bleeding have a new enemy, thanks to a new breed of clamping devices.

One such device is the iTClamp Hemmorage Control System, which won an award for top innovation in 2012 and was recently approved by the FDA. Basically, this clamp is placed over an open wound and then controls bleeding by sealing the edges shut to temporarily create a pool of blood under pressure and thereby form a clot that helps reduce more blood loss until surgery.

This past summer, the clamp got its first field test on a man who fell prey to a chainsaw wound on his upper arm just outside of Olive Branch, Mississippi. The hospital air crew who arrived on scene quickly determined that a tourniquet would not work, but were able to stop the bleeding and stabilize the patient within minutes, at which point they transported him to the Regional Medical Center of Memphis.

The clamp was invented by Dennis Filips, who served three tours in Afghanistan as a trauma surgeon for the Canadian Navy. With the saving of a life in the US, he has watched what began as an idea turn into a dream come true:

To have our first human use in the US turn out so well is thrilling, and we look forward to getting the iTClamp into the hands of first responders across the country and around the world.

The clamp is currently being sold for around $100 via various distributors across the US, and it’s available in Canada and Europe as well. At that price it could very well end up being adopted not only by first responders, but climbers and other adventurers looking to beef up their first-aid kits — and maybe the cautious chainsaw wielders among us as well.

And be sure to check out this video simulation of the iTClamp in action:

One thought on “The Future of Medicine: Anti-Bleeding Clamps”