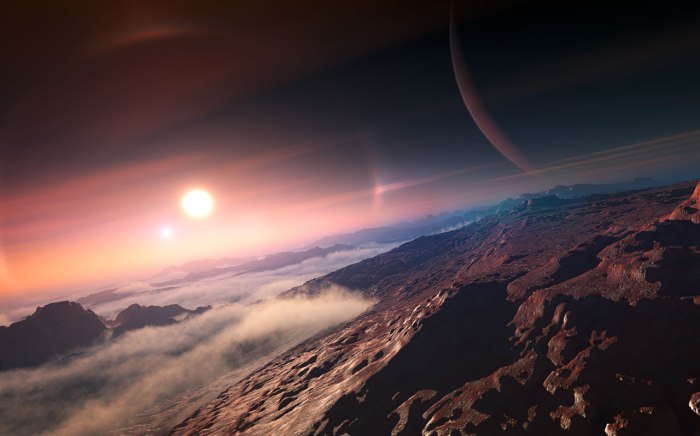 With recent observations made possible by the Kepler space telescope, numerous planets have been discovered orbiting distant stars. Whereas previous observations and techniques could detect exoplanets, scientists are now able to observe and classify them, with the ultimate aim of determining how Earth-like they are and whether or not they can support life.

Combined with advanced astronomical techniques, the latest estimates claim that there may be are up to 50 sextillion potentially habitable planets in the universe. With their eyes on the next step, the scientific community is now preparing to launch a bevy of new space telescopes that can peer across the universe and tell us how many of those planets actually harbor life.

One such telescope is NASA’s Transiting Exoplanet Survey Satellite (TESS), which will launch in 2017. While Kepler was focused on a single patch of sky with around 145,000 stars, TESS will be equipped with four telescopes that keep track of around 500,000 stars, including the 1,000 nearest red dwarfs. TESS is expected to find thousands of orbiting, Earth-sized-or-larger planets around these stars.

The JWST has a primary mirror that’s about five times larger than Hubble’s (pictured above), which means it can resolve much fainter signals, locating stars and other objects that have never been seen before. Because it primarily operates in the infrared band (whereas Hubble was tuned towards visible light), the JWST will also be able to see through dust clouds into hidden areas of space.

The JWST’s scientific payload includes a spectrometer that’s sensitive enough to analyze the atmosphere of distant planets. By measuring light from the parent stars, and how its reflected in the planets atmospheres, it will be able to determine if there are life-supporting elements and evidence of biological life – such as oxygen and methane.

Because these planets are light years away, and because the reflected light is incredibly dim, the James Webb Space Telescope will only be able to do this for large planets that orbit red and white dwarfs. Still, that leaves thousands or even millions of candidates that it will be able to observe, and determine whether or not they are already inhabited by extra-terrestrial life.

And last, but not least, there’s the New Worlds Mission, which aims to put a Starshade – which is essentially a big flying space umbrella – into space. This disc would then fly between the James Webb Space Telescope and the star its observing, blocking out large amounts of light and the result “noise pollution” from nearby bright stars that the JWST isn’t observing.

With the Starshade in place, the JWST would be able to probe thousands of nearby planets for signs of life and return data to Earth that is of far greater accuracy. The New Worlds Mission is currently in the prototyping stage, but NASA hopes to procure the necessary funding by 2015 and and launch it within the JWST’s own lifetime.

Because of all this, it is now believed that by 2020 (give or take a few years) we will have the ability to directly image a distant planet and analyze its atmosphere. And if we find methane or another biological marker on just one planet, it will completely redefine our understanding of the universe and the lifeforms that inhabit it.

The answer to the question – “are we alone in the universe?” – may finally be answered, and within our own lifetime. And in the meantime, be sure to enjoy this video of the Starshade space umbrella, courtesy of New Scientist.