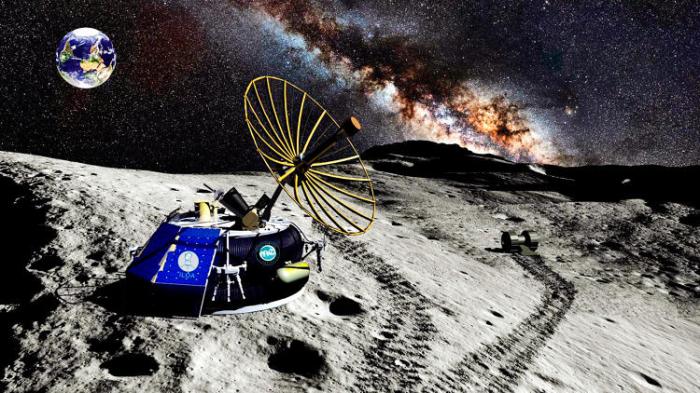 The Moon has been quite the source of news lately. From NASA’s and the ESA’s planned efforts to build a settlement, to NASA and Google planning to send vegetation there, and China’s recent deployment of the Jade Rabbit rover, it seems that all the major space agencies of the world are eying the lunar surface with plans for eventual colonization.

What’s more, numerous private interests are looking to get in on the action, plotting everything from space tourism to courier services. One such company is Moon Express, a space startup that is competing for the Google Lunar X prize to develop a spacecraft that would one day be able to land on the lunar surface, move 500 meters, and send back two messages.

Their craft is known as the MX-1, the company’s first robotic lander that was designed with the intent to deliver payloads to the lunar surface by 2015 and be able to transport precious minerals back. The privately held company, which is backed by billionaire Naveen Jain, unveiled the robot at the Autodesk’s University conference in Las Vegas.

According to Moon Express CEO Bob Richards, the MX-1 is very compact and could “fit basically inside of an SUV” trunk. The craft is unmanned, solar-powered, and uses hydrogen peroxide as rocket propellant. The fuel tanks are strapped to the vehicle’s underside, and serve two purposes. As Richards explains:

When the tanks are empty, they now act as a bumper. People are used to seeing landing gear on a spacecraft, but we didn’t need landing gear–the fuel tanks are the structure. It looks like something you’d land on a beach actually. 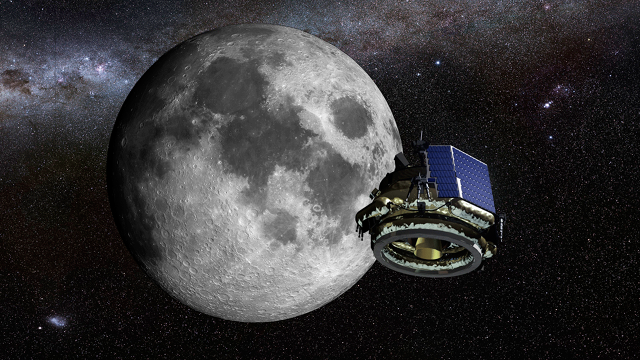 To get to space, the craft is launched via rocket, and once deployed can navigate all by itself to the moon. And though small, the MX-1 is capable of carrying roughly 60 kilograms of payload. For its early missions, the startup plans to take part in NASA’s goal of delivering plants to the moon, including basil, turnips, and Arabidopsis (a sort of mustard-seed plant).

Additionally, the MX-1 will carry a small, black-and-gold telescope for a private company, which plans to set up the device as a moon cam on its surface, streaming live video back to Earth for all to watch. So in addition to China’s Jade Rabbit rover, which will be providing footage of the lunar surface, we can expect video to be provided by private interests as well.

But in the long run, the aim of MoonEx is far more entrepreneurial: it plans to mine resources from the moon, seeing it as an untapped and very lucrative target. The trick will be developing the MX-1 into a craft that can deliver payloads to-and-from the moon, at larger scales. As Richards put it:

What’s there? Probably more platinum than there is in all the reserves on Earth. Pick your spice: silver, nickel, everything that we mine here on Earth is on the moon.

However, Moon Express doesn’t expect to return with any payloads until at least its third mission. It plans to launch its first mission to the moon in 2015. And if they win Google’s Lunar X Prize, they just might have all the investment capital they need to make it happen.

6 thoughts on “News From Space: “FedEx” to the Moon”