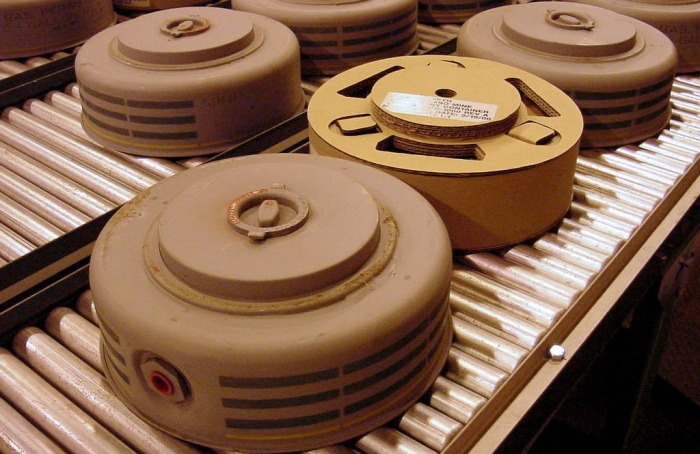 In certain developing nations, landmines are a terrible scourge that cause countless deaths and injuries. In most cases, the landmines are forgotten relics, the leftover remnants of civil wars, terrorist campaigns and national liberation efforts. Have been buried in unmarked areas and forgotten, many of the victims that come across these little packages of death do so entirely by accident.

Over the past century, the situation has become such that a ban was placed on their sale and in 1997 – officially known as the Anti-Personnel Mine Ban Convention or Ottawa Treaty (my old hometown, where the treaty was signed). However, banning the manufacture and sale of the devices addresses the problem at only one end, and does not address the many thousands of mines that have to be found and disposed of. 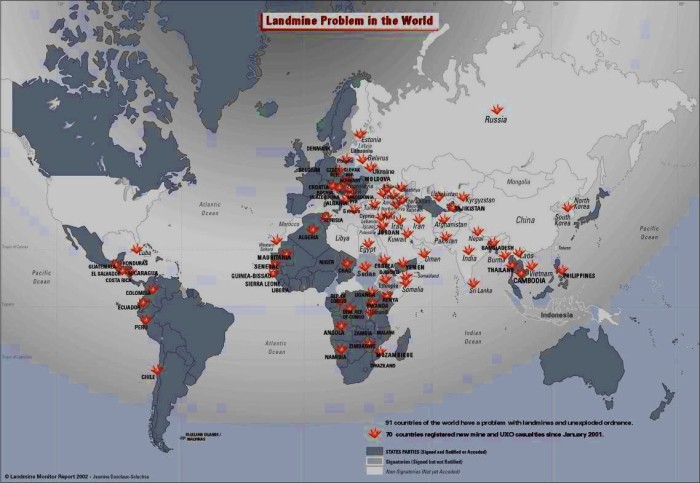 In Colombia, for instance, some 10,000 have been maimed by anti-personnel devices since 1990, putting the country second only to Afghanistan in the total number of deaths and injuries associated with landmines. This is due to Colombia’s long guerrilla war, where groups like the Revolutionary Armed Forces of Colombia (FARC) have used mines to protect their bases and drug plantations.

The only real solution, of course, is to clear the mines and destroy them – a process that is now under way. In the meantime, however, people are still exposed to danger, and there’s a need for technology that helps people walk through rural areas without constant fear. Enter the SaveOneLife, a wearable landmine detector you slip into your shoe that may save your life. 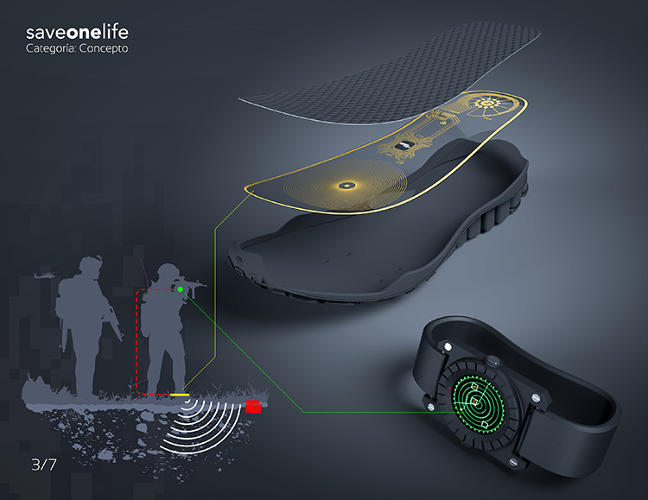 Designed by Lemur Studio, a design firm in Bogotá, the detector alerts the wearer if an explosive device is within a few feet of their path. It’s aimed at troops, people eradicating illicit crops (i.e. coca leaves and poppies), and farmers, all people who have to deal with landmines on a regular basis. Currently in the conceptual phase, the studio is looking for funding and support to get it built.

The detector consists of a coil printed on a thin conductive material that produces an electromagnetic field. This field in turn detects other electromagnetic fields that are emitted by large pieces metal nearby. If it finds a mine within the wearer’s proximity, the device sends a signal to a wristband, telling the wearer to watch out or change direction. 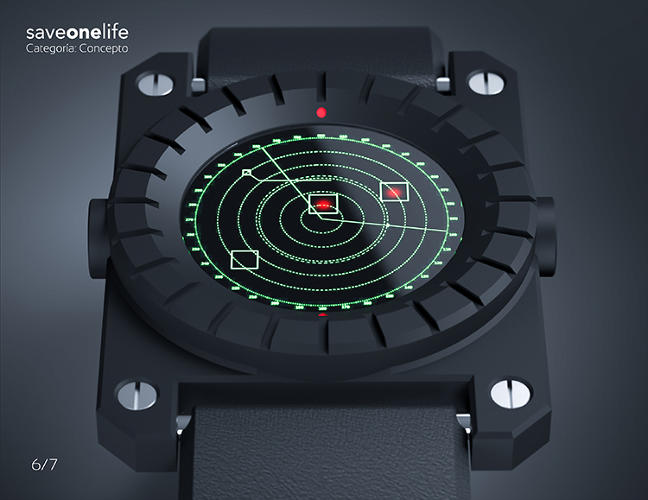 Iván Pérez, Lemur’s creative director, is currently presenting the idea to Colombia’s military, who he hopes will fund development. But of course, the device is intended for use far beyond the armed forces, ensuring that there are no more accidental victims. As Pérez himself explained:

The device was created with the goal of saving a life, hence the name, first by the families of the victims and second for the cost effects of military forces by the loss of his men in combat. We would like many people to benefit from it, not just people in the armed forces but also peasants and workers. We hope that some company or government wants to give us the support we need to complete the project and bring it to reality.

The idea has been nominated for several design prizes. And if funded, is likely to be adopted for use by NGOs, medics, engineers, civilians and military forces worldwide. But even if Pérez and his studio are not endorsed by the Colombian government (which is unlikely given the problem of landmines), an international crowdfunding campaign is likely to succeed. 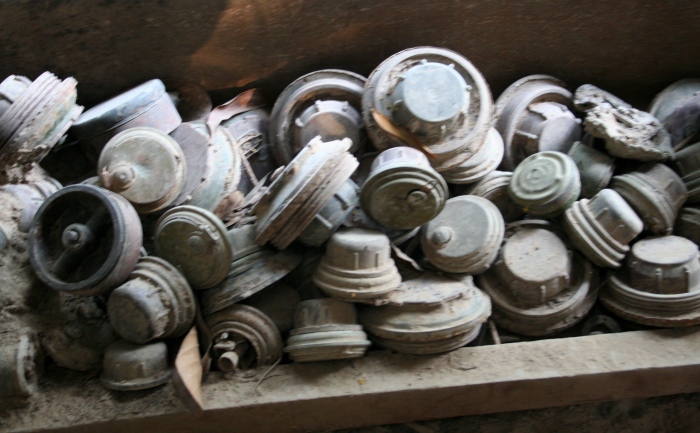 After all, the problem of landmines is one that cuts across nations, organizations, and people of all walks of life, and a device that helps deal with this problem is likely to draw a lot of attention and interest. Being able to tackle the problem of forgotten ordinance and hidden dangers at the other end of the things will be a big step in helping to eliminating this dangerous legacy.

9 thoughts on “The Future is Here: The Wearable Landmine Detector”