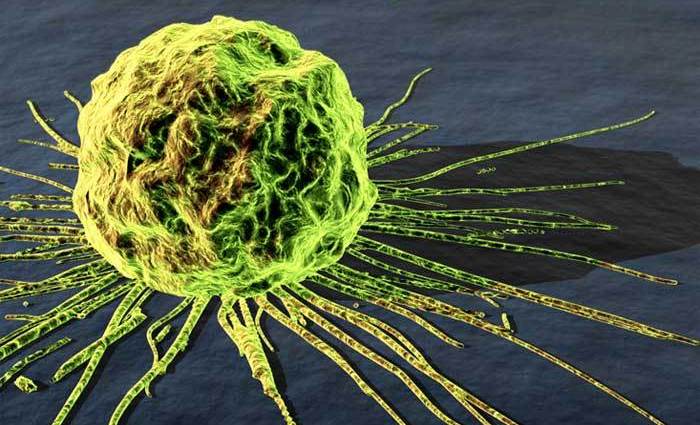 While a cure for cancer is still beyond medical science, improvements in how we diagnose and treat the disease are being made every day. These range from early detection, which makes all the difference in preventing the spread of the disease; to less-invasive treatments, which makes for a kinder, gentler recovery. By combining better medicine with cost-saving measures, accessibility is also a possibility.

When it comes to better diagnostics, the aim is to find ways to detect cancer without harmful and expensive scans or exploratory surgery. An alternative is a litmus test, like the one invented by Jack Andraka to detect pancreatic cancer. His method, which was unveiled at the 2012 Intel International Science and Engineering Fair (ISEF), won him the top prize due to the fact that it’s 90% accurate, 168 times faster than current tests and 1/26,000th the cost of regular tests.

Since that time, Jack and his research group (Generation Z), have been joined by such institutions as MIT, which recently unveiled a pee stick test to detect cancer. In research published late last month in the Proceedings of the National Academy of Sciences, MIT Professor Sangeeta Bhatia reported that she and her team developed paper test strips using the same technology behind in-home pregnancy tests, ones which were able to detect colon tumors in mice.

The test strips work in conjunction with an injection of iron oxide nanoparticles, like those used as MRI contrast agents, that congregate at tumor sites in the body. Once there, enzymes known as matrix metalloproteinases (MMPs), which cancer cells use to invade healthy tissue, break up the nanoparticles, which then pass out through the patient’s urine. Antibodies on the test strip grab them, causing gold nanoparticles to create a red color indicating the presence of the tumor.

According to Bhatia, the technology is likely to make a big splash in developing countries where complicated and expensive medical tests are a rarity. Closer to home, the technology is also sure to be of significant use in outpatient clinics and other decentralized health settings. As Bhatia said in a press release:

For the developing world, we thought it would be exciting to adapt (the technology) to a paper test that could be performed on unprocessed samples in a rural setting, without the need for any specialized equipment. The simple readout could even be transmitted to a remote caregiver by a picture on a mobile phone.

To help Bhatia and her research team to bring her idea to fruition, MIT has given her and her team a grant from the university’s Deshpande Center for Technological Innovation. The purpose of the grant is to help the researchers develop a startup that could execute the necessary clinical trials and bring the technology to market. And now, Bhatia and her team are working on expanding the test to detect breast, prostate cancers, and all other types of cancer.

In a separate but related story, researchers are also working towards a diagnostic methods that do not rely on radiation. While traditional radiation scanners like PET and CT are good at finding cancer, they expose patients to radiation that can create a catch-22 situation where cancer can be induced later in life, especially for younger patients. By potentially inducing cancer in young people, it increases the likelihood that they will have to be exposed to more radiation down the line.

The good news is that scientists have managed to reduce radiation exposure over the past several years without sacrificing image quality. But thanks to ongoing work at the Children’s Hospital of Michigan, the Stanford School of Medicine, and Vanderbilt Children’s Hospital, there’s a potential alternative that involves combining MRI scans with a contrast agent, similar to the one Prof. Bhatia and her MIT group use in their peestick test.

According to a report published in the journal The Lancet Oncology, the researchers claimed that the new MRI approach found 158 tumors in twenty-two 8 to 33-year-olds, compared with 163 found using the traditional PET and CT scan combo. And since MRIs use radio waves instead of radiation, the scans themselves have no side effects. While the study is small, the positive findings are a step toward wider-spread testing to determine the effectiveness and safety of the new method.

The next step in testing this method will be to study the approach on more children and investigate how it might work in adults. The researchers say physicians are already launching a study of the technique in at least six major children’s hospitals throughout the country. And because the cost of each method could be roughly the same, if the MRI approach proves just as effective yet safer, radiation-free cancer scans are likely to be the way of the future. 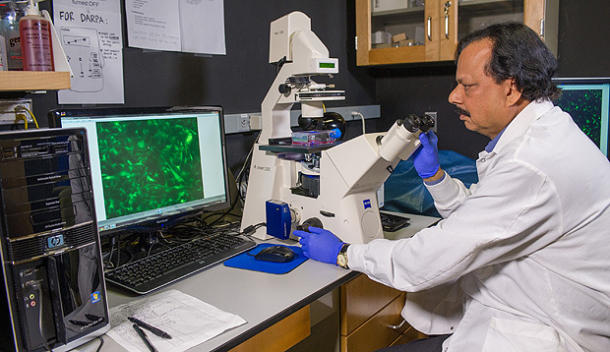 And last, but not least, there’s a revolutionary new treatment pioneered by researchers at Georgia Tech that relies on engineered artificial pathways to lure malignant cells to their death. This treatment is designed to address brain tumors – aka. Glioblastoma multiform cancer (GBM) – which are particularly insidious because they spread through the brain by sliding along blood vessels and nerve passageways (of which the brain has no shortage of!)

This capacity for expansion means that sometimes tumors developed in parts of the brain where surgery is extremely difficult – if not impossible – or that even if the bulk of a tumor can be removed, chances are good its tendrils would still exist throughout the brain. That is where the technique developed by scientists at Georgia Tech comes in, which involves creating artificial pathways along which cancer can travel to either more operable areas or even to a deadly drug located in a gel outside the body.

According to Ravi Bellamkonda, lead investigator and chair of the Wallace H. Coulter Department of Biomedical Engineering at Georgia Tech and Emory University:

[T]he cancer cells normally latch onto … natural structures and ride them like a monorail to other parts of the brain. By providing an attractive alternative fiber, we can efficiently move the tumors along a different path to a destination that we choose.

The procedure was reported in a recent issue of the journal Nature Materials. It involved Bellamkonda and his team implanting nanofibers about half the size of a human hair in rat brains where GBMs were growing. The fibers were made from a polycaprolactone (PCL) polymer surrounded by a polyurethane carrier and mimicked the contours of the nerves and blood vessels cancer cells like to use as a biological route.

One end of a fiber was implanted into the tumor inside the brain and the other into a gel containing the drug cyclopamine (which kills cancer cells) outside the brain. After 18 days, enough tumor cells had migrated along the fiber into the gel to shrink the tumor size 93 percent. Not only does Bellamkonda think his technique could be used to relocate and/or destroy cancers, he says he believes it could be used to help people live with certain inoperable cancers as a chronic condition.

In a recent statement, Bellakomba had this to say about the new method and the benefits its offers patients:

If we can provide cancer an escape valve of these fibers, that may provide a way of maintaining slow-growing tumors such that, while they may be inoperable, people could live with the cancers because they are not growing. Perhaps with ideas like this, we may be able to live with cancer just as we live with diabetes or high blood pressure.

Many of today’s methods for treating cancer focus on using drugs to kill tumors. The Georgia Tech team’s approach was engineering-driven and allows cancer to be treated with a device rather than with chemicals, potentially saving the patient many debilitating side effects. Part of the innovation in the technique is that it’s actually easier for tumors to move along the nanofibers than it is for them to take their normal routes, which require significant enzyme secretion as they invade healthy tissue. 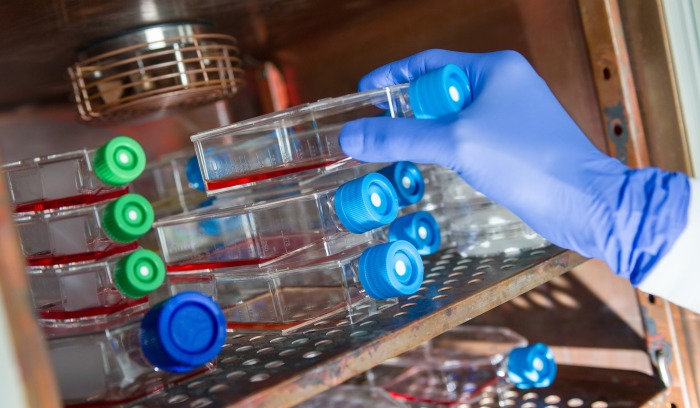 Anjana Jain, the primary author of the study, was also principally responsible for the design of the nanofiber technique. After doing her graduate work on biomaterials used for spinal cord regeneration, she found herself working in Bellamkonda’s lab as a postdoctoral fellow and came up with the idea of routing materials using engineered materials. In a recent statement, she said the following of her idea:

Our idea was to give the tumor cells a path of least resistance, one that resembles the natural structures in the brain, but is attractive because it does not require the cancer cells to expend any more energy.

Extensive testing, which could take up to 10 years, still needs to be conducted before this technology can be approved for use in human patients. In the meantime, Bellamkonda and his team will be working towards using this technology to lure other cancers that like to travel along nerves and blood vessels. With all the advances being made in diagnostics, treatments, and the likelihood of a cure being found in the near future, the 21st century is likely to be the era where cancer becomes history.

One thought on “The Future of Medicine: New Cancer Tests and Treatments”