It’s no secret that relations between the US and Russia have been strained due to the latter’s recent military activities in Crimea. And now, it appears that Russia is using their space program as leverage in their ongoing fight over sanctions. Back in April, NASA announced that collaboration with Roscosmos – Russia’s Federal Space Agency – had ended for the time being. Since then, an escalating war of words and restrictions have followed.

For instance, in the past months, the U.S. has restricted communication between some American scientists and their Russian colleagues as part of their protest against Crimea. In response, Dmitry Rogozin – Deputy Prime Minister and head of the Russian Military-Industrial Commission – said on his Twitter feed that he is restricting the export to the US of Russia’s RD-180 rocket engines, for uses that do not involve the U.S. military – a move which has temporarily grounded all US military satellites from being deployed into orbit. 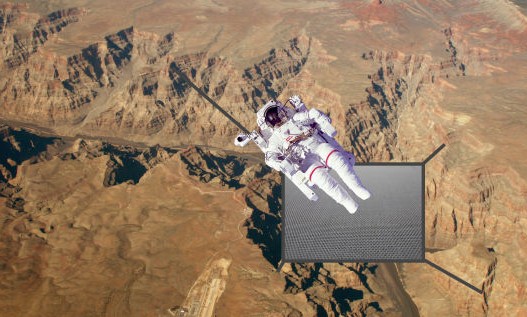 Mr. Rogozin also posted an image of a trampoline with a big NASA logo in the centre, saying that after 2020 it is the technology U.S. astronauts will need to use get to the International Space Station. One week later and in response, NASA Administrator Charles Bolden said that the cooperation between NASA and Roscosmos on the International Space Station hadn’t changed “one iota” in recent years, and has withstood the increasingly frosty atmosphere between Washington and Moscow over the events in the Crimea and Ukraine.

Still, Bolden indicated that if for one reason or other a country should drop out of the project, the others would seek to continue. But in the meantime, this would means the US would lose its capacity to put its own spy and military satellites into orbit, the future of the International Space Station (ISS) would be uncertain. In addition to the US, Japan, Europe and Canada are also members of the ISS and all currently depend on Russian Soyuz capsules to take astronauts to the space station since NASA retired its shuttle fleet. 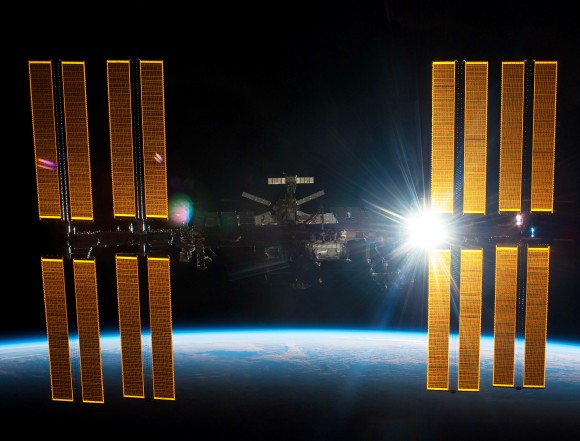 All in all, it is a sad state of affairs, and not just because of the repercussions to space exploration and scientific research. As a product of post-Cold War co-operation, the ISS cost $100 billion to create and was arguably the most expensive multinational peacetime undertaking in history. Now, it is being threatened because the two nations that came together to make it a reality are regressing into a state of Cold War detente. And though the Russians currently feel that they have the upper hand, the long-term reality is far different.

Back in the early 1990s, both the U.S. and Russian space programs were floundering. The Russian program was running broke because of the collapse of the Soviet Union, and the U.S. was operating a space shuttle program that was proving to be more expensive than promised. The Americans were also having difficulty finding support for their Freedom space station project, which had a budget that was also ballooning upwards, and the Russian’s weren’t sure how much longer Mir would remain in operation.

Both countries agreed the only way to keep their space programs alive and build a large space station was to share the costs and technology, which also allowed other countries from Europe, as well as Japan and Canada, to participate. In the 13 years since it has been occupied, the International Space Station has literally known no borders, as astronauts from dozens of nations have participated in missions that have had wide-ranging benefits.

And in the process, Russia has benefited greatly in financial terms as the US has paid tens of millions of dollars to have American astronauts fly aboard the former space station Mir and ride along on their Soyuz rockets. If this friendly arrangement breaks down, it will cost both countries dearly. Russia will lose all that income from the sale of its space technology, and the U.S. will have to accelerate the development of its own space capsules and rockets to launch people and satellites into space from American soil.

Standing on the sidelines are individuals and private companies like Elon Musk and SpaceX, the Texas company that already builds its own low-cost rockets, along with space capsules that have been delivering supplies to the Space Station. In addition, Sierra Nevada, a private aerospace contractor, is working with NASA to produce the Dream Chaser as part of the agency’s reusable vertical-takeoff, horizontal-landing (VTHL) program.

Between SpaceX already delivering capsules to the ISS, its successful reusable rocket demonstrations, and the multiple proposals NASA has for a new era of space vehicles, the US space program may not be grounded for much longer. And there is something to be said about competition spurring innovation. However, one cannot deny that it is unfortunate that the US and Russia may be once again moving forward as competitors instead of companions, as that is likely to cost all sides far more.

But of course, there is still plenty of time for a diplomatic solution to tensions in the east, and plenty of reasons for all sides to avoid regressive to a Cold War footing. We’ve come too far at this point to turn back. And considering how much of our future depends on space travel and exploration going ahead unimpeded, we can’t afford to either!