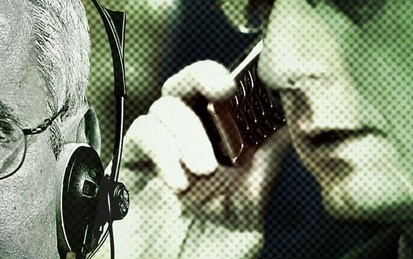 In another landmark decision, the Supreme Court issued a far-reaching defense of digital privacy by declaring that law enforcement officials are henceforth forbidden from searching cell phones without a warrant at the scene of an arrest or after. The decision was based on two cases in which police searches of mobile devices led to long prison sentences. This decision is just the latest nail in the coffin of warrantless surveillance, a battle that began over a decade ago and has persisted despite promises for change.

The ruling opinion notes that cell phones have in fact become tiny computers in Americans’ pockets teeming with highly private data, and that gaining access to them is now fundamentally different from rifling through someone’s pockets or purse. This contradicts the argument from U.S. prosecutors that a search of a cell phone should instead be treated “as materially indistinguishable” from a search of any other box or bag found on an arrestee’s body.

The Court ruling takes this into consideration, and asserted the counter-argument in the ruling opinion:

That is like saying a ride on horseback is materially indistinguishable from a flight to the moon. Modern cell phones, as a category, implicate privacy concerns far beyond those implicated by a cigarette pack, a wallet or a purse… A decade ago officers might have occasionally stumbled across a highly personal item such as a diary, but today many of the more than 90% of American adults who own cell phones keep on their person a digital record of nearly every aspect of their lives.

In one of the two cases at issue, a California man was charged with assault and attempted murder in relation to a street gang in which he was allegedly a member. The connection between his actions and gang activity were made when police searched his smartphone without a warrant and found videos and photos that prosecutors claimed demonstrated that he was associated with the “Bloods” gang. In short, the contents of his phone were used to put his crime into a context that carried with it a stiffer penalty.

In the second case, a Boston man had his cell phone searched when he was arrested after an apparent drug sale. By finding his home address on his flip phone, police were able search his home and find a larger stash of drugs. Both defendants argued that the warrantless searches violated the fourth amendment. The Supreme Court’s Wednesday ruling sided with both defendants and declared that the searches were unconstitutional.

Privacy groups celebrated the ruling, with Hanni Fakhoury of the Electronic Frontier Foundation (EFF) calling it a “bright line, uniform, pro-privacy standard.” The American Civil Liberties Union, the long-time champion of privacy rights and an opponent to all forms of warrantless surveillance, declared the decision “revolutionary.” As Steven R. Shapiro, the ACLU’s national legal director, said in a statement:

By recognizing that the digital revolution has transformed our expectations of privacy, today’s decision…will help to protect the privacy rights of all Americans. We have entered a new world but, as the court today recognized, our old values still apply and limit the government’s ability to rummage through the intimate details of our private lives.

In its ruling, the court also rejected prosecutors’ notion that the ability to remotely wipe or lock a phone required police to search the devices immediately upon arrest before evidence could be destroyed. The court responded that police can easily prevent evidence from being remotely destroyed by turning the phone off or removing its battery, or putting it into a Faraday cage that blocks radio waves until a search warrant can be obtained.

But perhaps the most remarkable portion of the ruling was its recognition of the unique nature of modern smartphones as personal objects. Even calling them mere “cell phones” is a misnomer. As the ruling reads:

The term ‘cell phone’ is itself misleading shorthand. Many of these devices are in fact minicomputers that also have the capacity to be used as a telephone. They could just as easily be called cameras, video players, rolodexes, calendars, tape recorders, libraries, diaries, albums, televisions, maps or newspapers.

The EFF’s Fakhoury pointed to language in the ruling about how the sheer volume of data stored on cell phones makes them fundamentally different from other personal objects that might contain private information. This statement that the quantity of information searched matters – rather than merely the kind of information – might influence other privacy cases. As Fakhoury stated, this could have implications for other NSA data-collection programs:

The court recognizes that two pictures reveal something limited but a thousand reveals something very different. Does it mean something different when you’re collecting one person’s phone calls versus collecting everyone’s phone calls over five years? Technology allows the government to see things in quantities they couldn’t see otherwise.

Granted, the court did provide for some exceptions, but only in cases of extraordinary and specific danger – like child abduction or the threat of a terrorist attack. But such specifications require that police establish that an emergency exists before taking drastic action. Occurring on the heels of the Supreme Court decision that outlawed the use of cell phones to track people’s movements, this latest decision is another victory in the battle of privacy versus state security.

And given the precedent it has set, perhaps we can look forward to some meaningful ruling against everything the NSA has been doing in Fort Meade for the past few years. One can always hope, can’t one?