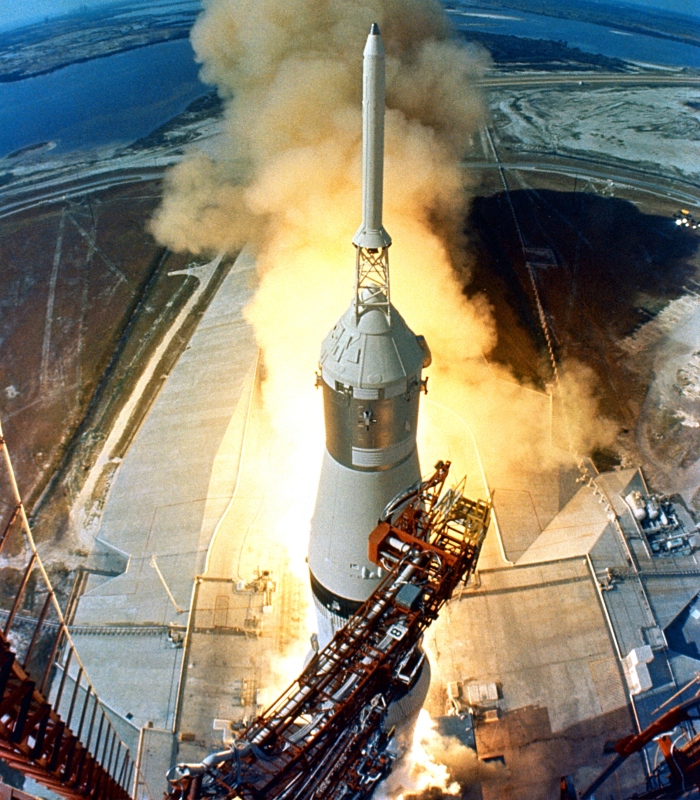 Today, July 20th, marks the 45th anniversary of the first step being taken on the Moon. And even though the coming decades may involve astronauts setting foot on Mars or a nearby asteroid, the Moon landing will forever remain one of humanity’s greatest accomplishments. And the many speeches, footage and images associated with the mission remain firmly rooted in public consciousness.

Born during the closing months of the Eisenhower administration as a follow-up to Project Mercury – which successfully put astronauts into orbit – Project Apollo was conceived when spaceflight was still very much in its infancy. However, it was under President Kennedy that the goal of “landing a man on the Moon and returning him safely to the Earth” by the end of the decade truly began. 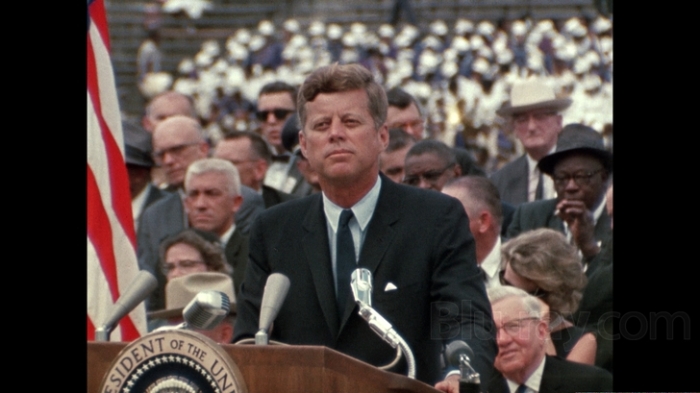 And though some within NASA were already doing some preliminary planning for a manned mission to the Moon in the late 1950s, there was no hardware that could see the mission fly, no rockets large enough to launch a manned spacecraft all the way to the Moon, and no provisions for managing a program of that magnitude. The men and women who brought the lunar landing to fruition were forced to invent almost everything as they went along.

And in the nine years between President Kennedy promising America the Moon and Neil Armstrong’s small step, NASA developed an unprecedented amount of technology and know-how that continues to shape the way NASA and other space agencies plan and implement missions today. These include the Saturn V multistage rockets, which are currently being refurbished for a manned mission to Mars by 2030.

Launching on from Cape Kennedy on the morning of July 16th, 1969, the mission sent Commander Neil Armstrong, Command Module Pilot Michael Collins and Lunar Module Pilot Edwin “Buzz” Aldrin into an initial Earth-orbit. Then, just two hours and 44 minutes after launch, another engines burn put Apollo 11 into a translunar orbit. Four days later, the Lunar Module touched down and the three men – with Armstrong in the lead – stepped onto the Lunar surface.

And for those looking to participate in the anniversary, there are several ways you can participate. On Twitter, @ReliveApollo11 from the Smithsonian National Air and Space Museum is reliving the highlights from Apollo 11 mission to the Moon in “real time”. Also, @NASAHistory is tweeting images and events from the mission, and journalist Amy Shira Teitel (@astVintageSpace) is tweeting pictures, facts and quotes from the mission, again in “real time”. 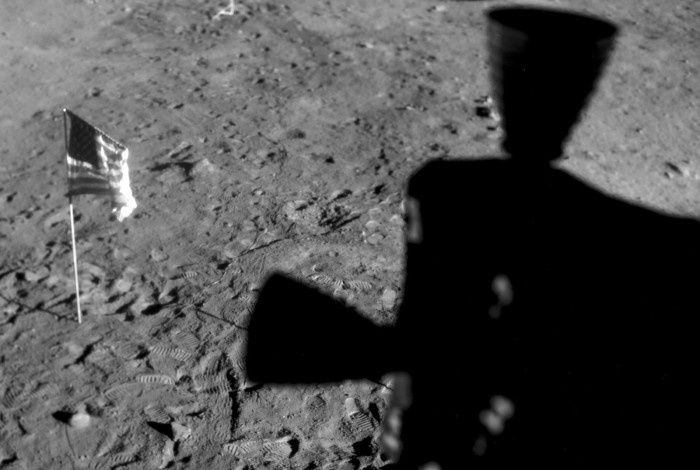 At 7:39 p.m. PDT (10:39 p.m. EDT), when Armstrong opened began the first spacewalk on the Moon, NASA TV will replay the restored footage of Armstrong and Aldrin’s historic steps on the lunar surface. On Monday, July 21 at 7 a.m. PDT (10 a.m. EDT) NASA TV will be broadcasting live from Kennedy Space Center in Florida, where they will be renaming the center’s Operations and Checkout Building in honor of Armstrong, who passed away in 2012.

In addition to Aldrin recounting his experiences, Fincke and the other NASA staff are slated to talk about the new Orion space capsule and the Space Launch System rocket – both of which will carry humans on America’s next great adventure in space – and what the future holds for space exploration. These will no doubt include talk of the planned missions to an asteroid, Mars, and quite possibly the construction of a settlement on the Moon. 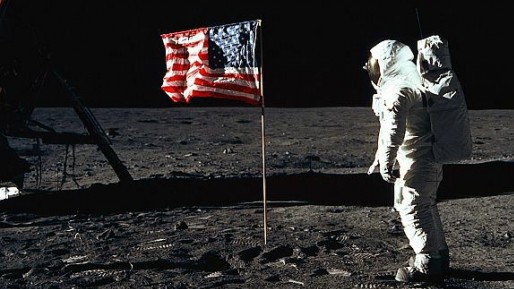 The NASA.gov website will host features, videos, and historic images and audio clips that highlight the Apollo 11 anniversary, as well as the future of human spaceflight. You can find it all by clicking here. And if you don’t have NASA TV on your cable or satellite feeds, you can catch it all online here. Plenty has been happening already, marking the anniversary of the launch and recapturing the mission in “real-time”.

Forty five years later, and Apollo 11 still holds a special place in our collective hears, minds, and culture. One can only hope that the next generation of astronauts prove as equal to the task as those who made the Moon Landing were. And I’m sure that when they do make history, Neil Armstrong (may he rest in peace) will be watching approvingly.

And be sure to check out this video from Spacecraft Films, showing the entire Apollo 11 mission in 100 seconds: