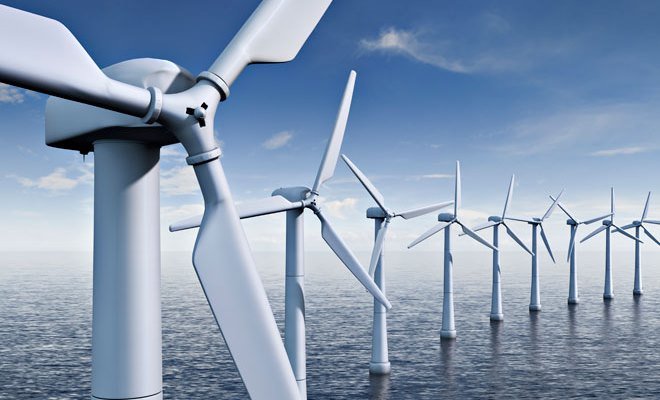 Denmark made a recent and very positive announcement. According to Denmark’s Energy Association, wind power is now the cheapest source of energy, beating coal, fossil fuels, and natural gas. What’s more, the government agency claims that by 2016, the electricity whipped up by its newest turbines will be half the price of conventional means. The announcement came in the last week of July, and is raising hopes for clean energy around the world.

For years, wind and solar have been achieving grid parity with fossil fuels in many places around the world, meaning they are just as cheap. But even without the tax breaks, declining manufacturing costs and growing scale have rendered wind power just as cheap as natural gas in many states in the gas-rich US. And as Deutsche Bank analyst Vishal Shah claims, this is the “beginning of the grid parity era” for solar, worldwide.

As he explains it, demand is being driven by “sustainable” markets – meaning the US, China, and regions outside of Europe – with Japan leading the way with an estimated 7 GW annual demand:

Solar is currently competitive without subsidies in 10+ major markets globally, and has the potential to achieve competitiveness in 10-20 additional markets over the next 3 years.

China, which plans to add 10 GW of solar capacity this year alone, only added “in the 2-3 GW range” during the first half of 2013, which would suggest a vast expansion is coming in the second half of the year. Emerging markets are likely to adopt unsubsidized policy models to promote solar growth, especially if new low-cost capital becomes available in concert with policy support to reduce costs.

But Denmark is blowing past grid parity and towards a scenario in which clean energy is actually much, much cheaper. According to analysts, when its two massive offshore wind farms come online, they’ll be the nation’s most inexpensive energy source by a wide margin. As Yale 360, an environmental policy group centered at the Yale School of Forestry & Environmental Studies, explains:

Electricity from two new onshore wind power facilities set to begin operating in 2016 will cost around 5 euro cents per kilowatt-hour. Wind power would remain the cheapest energy option even if interest rates on wind power projects were to increase by 10 percent, the report found.

This is good news for a nation that’s hoping to get 50 percent of its power from wind turbines by 2050. Right now, the nation already boasts an impressive clean energy mix of 43 percent. And Rasmus Peterson, Denmark’s energy minister, said at a press conference:

Wind power today is cheaper than other forms of energy, not least because of a big commitment and professionalism in the field. This is true for researchers, companies and politicians. We need a long-term and stable energy policy to ensure that renewable energy, both today and in the future, is the obvious choice.

Importantly, the DEA’s analysis did not factor in the health and environmental costs of burning fossil fuels—which are considerable—and instead looked directly at the market forces in the country. Natural gas and coal are much more expensive in Denmark than it is in the US, which helps make wind such an economic bargain, and the nation has explicitly pursued wind power for decades.

But improving technology, falling costs, and the strong, consistently blowing offshore winds that will turn the new turbines are making the case for wind power rock solid. At the end of July, it was revealed that Germany gets a full 28.5 percent of its energy needs with clean sources. Now Denmark is proving that running your nation on clean energy can be cheaper anyone thought possible, even ten years ago.

3 thoughts on “Towards a Cleaner Future: Denmark’s Wind Power”