With supplies of easily accessible fossil fuels diminishing, pushing us towards dirtier sources of oil and natural gas (such as tar sands and frakking), researchers are looking for ways to make renewable energy more efficient and accessible. Towards this end, they are pushing the boundaries of solar cells and wind turbines are capable of, but the constraints of land and weather limit where vast solar or wind farms can be set up.

Luckily, a UK-based company known as New Wave Energy has spent the last few years developing the technology to produce an army of power-generating drone aircraft to overcome these very problems. Basically, each craft is a 20x20m (65ft) flat surface fitted with solar panels and turbines to generate power from the sun and wind, and four small propellers that keep it aloft.

The drones would be capable of flying at altitudes of up to 15,240 meters (50,000 feet), putting them far above the clouds that can obscure the sun. The propellers would allow the craft to track the course of the sun to remain in optimal position for as long as possible. At these altitudes, the wind is also more consistent and powerful, which means smaller turbines can be used in place of the giant towers necessary down near the ground.

In terms of transmitting that power, the key is in the use of microwaves. In essence, power from the drones would be beamed down as a low-energy microwave and collected by antenna arrays on the ground. These antennas can then be used to turn the electromagnetic radiation into usable DC power and then send it to where it is needed.

One of the benefits of this design is that the proposed drone power plants wouldn’t need to land to refuel themselves. Supposedly, they will be able to power themselves entirely with the energy generated on-board, and still produce 50kW of power. This that means several thousand drones would be needed to power a large city of 205,000 homes.

However, these swarms of robotic power plants aren’t just a way to replace the power infrastructure we already have. They could be used to augment our current power supplies as demand increases, removing the need to expand on large, expensive power plants. Also, they bring power to remote areas with poor service, or to restore power in regions affected by natural disasters. 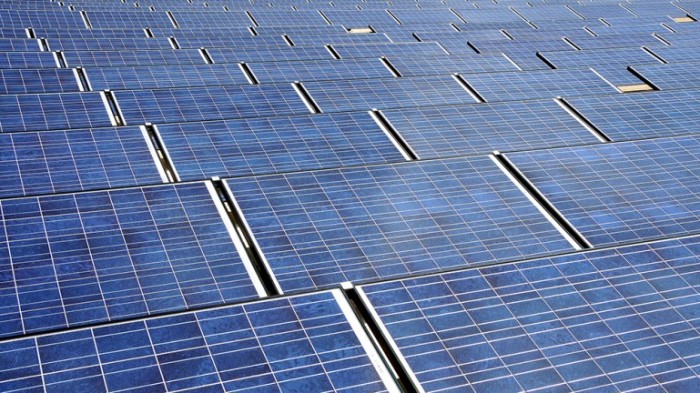 Thus, the cost of building and deploying the drones will determine whether or not that’s feasible. At present, the company plans to raise about $500,000 on Kickstarter to fund the construction of a prototype for testing and marketing. If this campaign does turn out to be successful, the first flying power plant could be aloft within six months.

Combined with other improvements that are making wind and solar power more efficient and affordable, and future prospects for space-based solar power (SBSP) that are being made possible thanks to space startups like Google X, we could be looking at a near-future where solar and wind meet the lion’s share of our energy requirements.