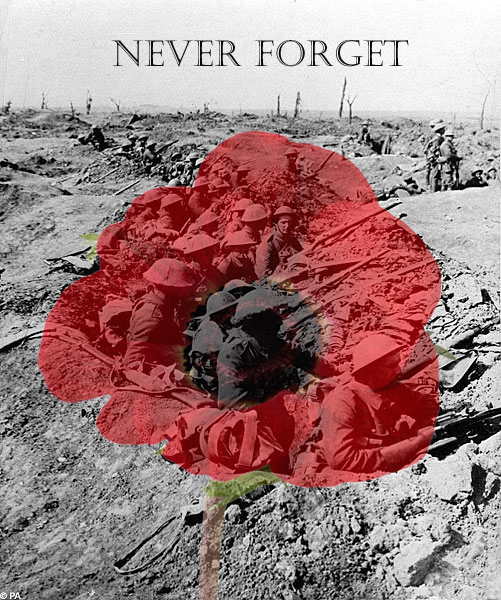 Hello all! It’s good to be home, and though I am nursing the worst case of jet lag I’ve experienced since… well, two weeks ago, I felt the time was right to let people know how my trip went. As I was sure to have said in my last post, things were mighty eventful and we saw some truly amazing things. In addition to the preserved battlefields, war memorials, war cemeteries and museums, there was also the staggering amount of preserved history to be found in every corner of the places we visited.

We also got a chance to sample some interesting food, delight in the customs and practices of the Belgian, Norman and Parisian people, and drink some very good beer (more on this last aspect of things over my beer blog). Point being, it was a life-changing experience and one which we agreed as a family we needed to do again someday. Only this time, we would pace ourselves a little better so we wouldn’t be spending the first day driving on no sleep! 😉

To break it all down, we started by visiting cemeteries, memorials and museums in the Belgian countryside that commemorated the Great War and marked the centennial of its outbreak. We also managed to track down the last resting place of a relative of my mother’s, a young man named Wilmot Pettit who was shot down on D-Day over the Normandy countryside. And last, we visited two of the Normandy Beach landings and saw several museums and memorials that honored those who died during the Battle of Normandy in World War II.

This was the precise order of how we did things, which took us from Ypres to Dieppe, Bayeux to Chartres, and ended with us staying in Paris for several nights to take in the culture and history of the French capitol. Really, we couldn’t have packed more in, and now that this precis is over, let me get into the nitty gritty of this trip, with full background info and pictures. And since it’s too much to talk about in one posting, I’ve decided to break it down into a couple posts. Hopefully, I can cover more than a single day at a time, but no promises!

Wednesday, April. 9th – Friday, April 11th
(Nanaimo, BC to Ypres, Belgium):
Before the adventure could begin, there was the little matter of me and my wife meeting up with my folks and then flying to Paris. Now, this is not as easy as it sounds. First off, if you’re flying internationally from Vancouver Island, you either need to get to one of two cities (Comox or Victoria) or take the plane or ferry to Vancouver International Airport. And even then, there are likely to be one or more connecting flights along the way before flying the 8 or 9 hours to make it to Paris.

And once you get there, you’re nine hours ahead, which means you are stepping off the plane in midday when it feels in your head like its the wee hours of the morning. And chances are, you haven’t slept much the night before or on the plane, so you got a big ol’ sleep deficit to start with! Needless to say, that’s what happened to us. After meeting up with my folks the day before, we slept light the evening before the flight, and then set out on Thursday to the local airport before the sun was even up. After a quick trip over to Vancouver, we boarded our first flight, transferred in Montreal, and rode another plane into the sun for another nine hours.

Upon our arrival, we were tired, greasy, and running on fumes. Nevertheless, we managed to grab a rental car and GPS at Charles de Gaulle International and started driving for the Belgium border.This took us through vast stretches of grassy green land, countless fields of golden canola, and many, many wind turbines. This was something that I noticed multiple times while touring the French and Belgian countryside, the large turbine operations that hovered above the flatlands like skyscrapers. I’m thinking we should get in on this in BC, and soon!

After driving northeast for several hours, we arrived in Belgium and began searching for our first set of sites. Having learned of some really cool stops during their previous visits, my folks wanted us to Avril Williams Guesthouse and Tea Room (no relation), a small BandB run by a British lady in the small town of Auchonvillers in the Somme region. In addition to providing food and accommodations, her business is also a de facto war museum due to its very interesting history.

Having been built in the 17th century, graffiti found on the cellars walls and artifacts found on the floor indicated that the building served an important role during the Great War. Apparently, the cellar was one of 140 in the town that was used alternately by the French and British for ammo storage, signalling or for stretcher bearers. After the Armistice in 1923, the villagers returned and the house was rebuilt over the original cellar. It was the only one to have survived intact in Auchonvillers.

The cellar was rediscovered in 1992 when Avril Williams bought the property and some renovations were made. Artifacts found in the floor of the cellar – which included helmets, shell casings, swords, bags, insignia, and a slew of other items – have since been placed on display in the Tea Room itself behind plate glass. What’s more, out the back, a number of old trenches were dug up, restored, and incorporated into the place as part of its historical tour.

After lunch, we toured these and tried to imagine what it was like to have this kind of history in your own backyard! I should also note that Avril had some sheep grazing out the back, as well as several chickens and some very friendly cats. It was a strange and delightful pleasure to be seeing it all and talking to British and other tourists as we walked around and experienced all the reminders of such terrible events, all of which happened roughly 100 years ago but are a permanent part of the landscape. This is something we could to experience a lot on this trip.

Then, it was off to Beaumont-Hamel, one of the many preserved battlefield parks within driving distance from Avril’s. For those who don’t know, it was here that the Royal Newfoundland Regiment (“The Blue Puttees”) fell during the Battle of the Somme. It was during this battle, which took place between July 1st and November 18th, 1916, that this small group of volunteers from the Dominion of Newfoundland (not yet part of Canada) stepped into No Man’s Land and was all but wiped out.

Several factors were to blame for this debacle. In the first place, the French and British plan of attack against the German lines was meant to take place in late June, but was postponed due to bad weather. Combined with the heavy bombardment which preceded the assault, the field between the German and British trenches was turned into mud. What’s more, the German troops on the other side had been occupying their position for 20 months, and used that time to fortify their positions against bombardment.

The British attack began with the detonation of a large mine under a heavily fortified positing known as the Hawthorn Ridge Redoubt, which was caught on film and remains one of the most iconic bits of footage from the war. The explosion destroyed a major German strong point, but also alerted the German troops of the coming attack and led to their deployment. Moments later, when the British 29th Infantry Division advanced into No Man’s Land, they foundered due to German barbed wire, machine gun fire and artillery.

Back at the Divisional HQ, the British received confused reports, some of which stated that the German lines had been broken. To exploit this, General Beauvoir De Lisle ordered the Newfoundland Regiment and other units that were in reserve into the fray. Moving up from St. John’s Road, a support trench 230 meters (250 yards) behind the British forward line, the Newfoundlanders soon found that movement forward through the communication trenches was not possible because they were congested with the dead and wounded, and under shell fire.

Lieutenant Colonel Arthur Lovell Hadow, the battalion commander, decided to move immediately into attack formation and advance across the surface. As they moved out in the open, they were effectively the only troops moving on the battlefield and clearly visible to the German defenders. As a result, most of the Newfoundland Regiment who had started forward were dead, dying or wounded within 15 to 20 minutes of leaving St. John’s Road trench.

Most reached no further than the Danger Tree, a skeleton of a tree that lay in No Man’s Land that was being utilized as a landmark. As part of one of the most disastrous offensives during the war, the destruction of this regiment serves as a stark and sobering reminder of just how destructive the Great War was. Of the 780 men who went forward only about 110 survived unscathed, of whom only 68 were available for roll call the following day.

As you can probably tell from the photographs, the area in which this battle took place is really not that big. Having seen it close up, I can tell you that it is astounding to know that so much death and destruction happened within such a small area. But such was the nature of battles like the Somme. So many men died brutally and senselessly for the sake of a few meters, and every position taken on the field was paid for with thousands of lives.

The Beaumont-Hamel Newfoundland Memorial is a testament to one of the greatest wastes of life of the war and in human history. Officially opened by the British in 1925, the memorial site is one of only two National Historic Sites of Canada located outside of Canada. The other is the Canadian National Vimy Memorial, which we visited a few days later. This symbol of sacrifice is staffed by Canadian students and civil servants, and remains a symbol of Newfoundland’s identity.

After taking this all in, we went back to our car and set off for the town of Ypres where we would be staying for the next three days. For most of us, this consisted of sleeping in the car while my father had to slap himself to stay awake. But in the end, we made it to the Hotel Albion located in the city’s old quarter and quickly climbed into our beds. Carla and I slept while my folks chose to nap and head on out for some proper dinner.

And that is what we did for the first two days of the trip. If it sounds like a lot, then I’ve conveyed the experience properly! Needless to say, it was all quite overwhelming and we were all emotionally and physically exhausted afterwards. Just telling it again now makes me feel like I’m trying to cook an elephant! Basically, the only way I’m going to be able to do it is a bit at a time. So stay tuned, because there is plenty more to follow.

Up next, our adventures in and around the historic town of Ypres, Belgium! And in the meantime, please listen to this lovely song – “Recruiting Sergeant”, by the Newfoundland band Great Big Sea. It is a lovely song that commemorates the sacrifice of these brave young men, an entire generation of young Newfoundlanders. The video consists of images compiled by Dr. Death1020, who used RNR pictures of Beaumont-Hamel and of the Battle of the Somme to set the tone. Enjoy, and may we never forget!

18 thoughts on “Back from Europe!”