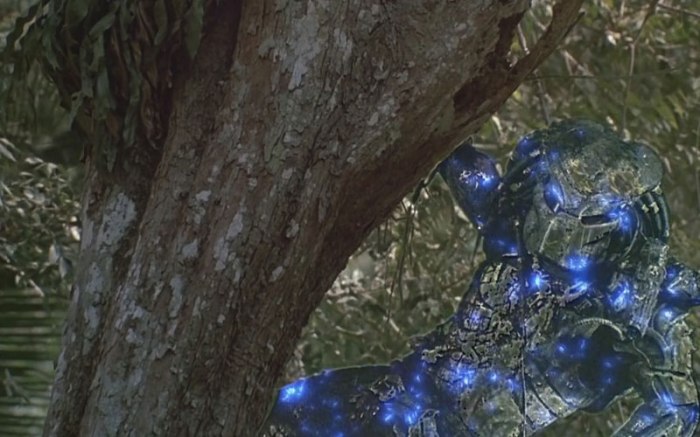 Invisibility cloaks are fast becoming a reality. That is to say, they are moving out of the realm of science fiction and the theoretical and into the realm of science fact. However, issues remain when it comes to developing this technology for real-world applications. Outside of adaptive camouflage that merely allow objects to blend into the background, true invisibility cloaks suffer from the problem of angles.

To break it down, invisibility cloaks are based on the scientific principle of bending light around an object, thereby rendering it invisible to sight. The problem with every device based on this principle built to date is that it only worked if both the viewer and whatever was cloaked remained still. This, of course, is not entirely practical since it means that a cloaked object would only be invisible from one angle.

However, the latest effort to create a true cloak – developed at the University of Rochester – not only overcomes some of the limitations of previous devices, but relies on inexpensive, readily available materials in a novel configuration. For the first time ever, researchers have made a cloaking device that works multidirectionally in three dimensions and uses no specialized equipment, but four standard lenses.

As well as at least partially solving the viewpoint problem, the Rochester cloak also leaves the background undisturbed, without any warping, as has appeared in other devices. As Joseph Choi, a professor of physics at Rochester University John Howell, explained:

There’ve been many high tech approaches to cloaking and the basic idea behind these is to take light and have it pass around something as if it isn’t there, often using high-tech or exotic materials. This is the first device that we know of that can do three-dimensional, continuously multidirectional cloaking, which works for transmitting rays in the visible spectrum.

In order to both cloak an object and leave the background undisturbed, the researchers determined the lens type and power needed, as well as the precise distance to separate the four lenses. To test their device, the off-the-shelf lenses were placed at such a distance from each other so as to allow the light to act in specific ways – first focusing it down to a fine point through one lens, then again through the next, and then repeated.

This bends the light so that an object in the ring-shaped cloaking field is not visible to a person peering through the array. To be sure, they placed the object being viewed through the lenses in front of a grid background, and then shifted the viewing angle. In all cases, with the grid background appeared perfectly normal, with no discontinuity appearing behind the cloaked object. 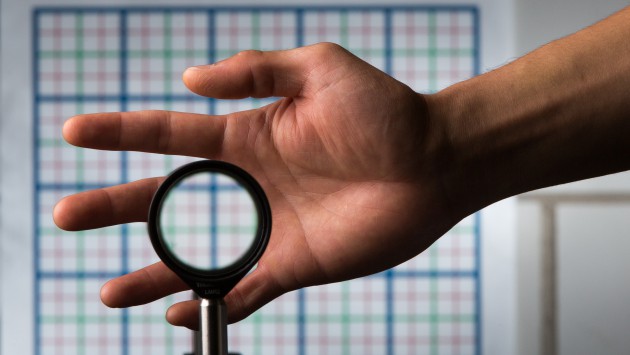 Their simple configuration improves on other cloaking devices, but it’s not perfect. As Choi explained, the the cloak bends light and sends it through the center of the device, so the “on-axis region cannot be blocked or cloaked.” This means that the cloaked region is shaped like a doughnut. In addition, the cloak has edge effects, but these can be reduced by using larger lenses, and the team has some more complicated designs to address the other issues.

For the time being, the technology isn’t exactly workable as far as Predator-style invisibility cloaks are concerned. However, Howell and Choi had some more benign applications in mind, such as allowing surgeons to operate without their view being obstructed by their own hands. Also, such a device could be used to allow truck drivers or even regular commuters see through their vehicle’s blind spots.

And, because the setup is so simple, anyone can grab some lenses and give it a try. You can find instructions for doing so on the Rochester University website, and a paper describing the research on arXiv. And of course, the University of Rochester was sure to provide a video of the cloak being tested out. Check it out below:

5 thoughts on “The Future is Here: Light-Bending Invisibility Cloaks!”