Hey all. Just wanted to let people know that I’m still around. And as luck would have it, I’ve found myself with some free time; free time that I’ve put towards creative writing again! In the past two weeks in fact, I have come up with a lot of new ideas for both Oscar Mike and (more importantly) Reciprocity. On this latter project, I’ve spent the past few days working through the half-written spots, and now I have a full five chapters done.

More importantly, I have revised the overall plot yet again. The last time I did this (not that long ago), I chose to change the nature of the antagonist to that of a Chinese ex-pat who was a former member of Unit 61398 – the People’s Liberation Army’s cyber warfare division. His name was Shen, and his plot involved a string of kidnapping, double-dealing, and cyber-terrorism that threatened to change the global geopolitical balance.

I liked this idea because I felt that after a good deal of research, the focus of the story should be on post-communist China, where a great deal of social confusion and economic turmoil was leading to the emergence of a semi-fascist state. In a pattern that is reminiscent to modern-day Russia, Shen sought to take advantage of these changes in order to unleash a massive cyber attack.

This would have the effect of completely preoccupying the west, disabling the US Pacific Fleet, and allowing China’s new government to occupy Taiwan and the South China Sea, thus asserting their territorial sovereignty over the region. While this was interesting (at least to me), it still fell short. What I really wanted was an antagonist in the story that would make the focus be all about the two greatest issues we will be facing in the not-too-distant future.

These issues are none other than climate change, which will result in more in the way of droughts, wildfires, flooding, coastal storms, tornadoes, and diminishing resources; and technological progress, which will result in the pace of change and getting faster and faster to the point of total unpredictability.

For awhile, I’ve been writing about these subjects, and they were supposed to be the centerpiece of the story. So here’s the new plot, in a nutshell: The year, same as always, is 2030. A technological magnate’s child disappears while slumming in the Pacific Northwest in what appears to be an act of kidnapping. However, his disappearance is in fact orchestrated as part of a complex cyber intrusion designed to steal company data. 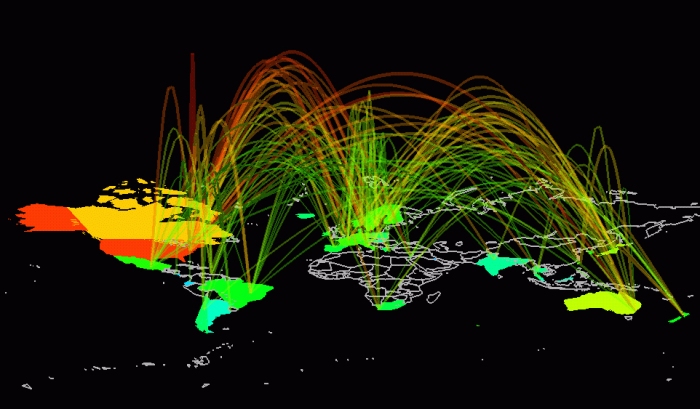 The man leading this theft – who is known only as Zeke – intends to leverage this data in mainland China, where a former member of Unit 61398, now himself a technological magnate, is in possession of a quantum-based cyber virus of last resort, a weapon that was created for a war that never happened. This virus is known as “Baoying”, which in Chinese, loosely translates to Reciprocity.

Zeke knows about this weapon because he spent years developing contacts around the world, bringing together gun runners, terrorists, socialist and anarchist militias, and Chinese ex-pats that reaches from Central Asia and the Middle East all the way to South America and the South Pacific. Though separated by ideological differences, these organizations are united in wanting to see an end to the status quo.

Zeke, however, has his own agenda. A one-time member of the technological magnates he is now using as pawns, he saw so much of the world and witnessed atrocities firsthand. He also witnessed how the privilege of developed countries is paid for in the blood of others. After a scandal in which he publicly aired all of his companies many shady dealings, his partners crucified him and cast him to the fringes of society.

In an age where the richer nations are facing the prospect of limitless energy, quantum computing, abundant resources and post-mortality while other states are failing due to displacement and mass starvation, Zeke is hoping to level the playing field once and for all. He is a genius and a man moved by a personal sense of justice. But most of all, he is a man dealing with terrible demons and some deep trauma that he can’t begin to suppress.

This kind of plot, I think, works so much better. The antagonist seems much more socially relevant, the story more focused on the big issues I like to explore, and it all seems a little less hawkish than a story where the Chinese are essentially the bad guys. But most of all, I envisioned a climactic scene where the antagonist – while explaining his motivations – says something like this:

I want a future I can control. I want a future where I have a choice. I am sick of unpredictability, or chaos and confusion. I’m sick of people being left behind, and our world being torn apart. Tomorrow, everyone will find themselves on common footing. Tomorrow, we will begin thinking towards our common future.

Try getting something like that out of a former communist who just wants to see his country win a war! Well, that’s the idea as I see it right now. What do you think? Sound good?

Leave a Reply to K from Vega (@khaalidah) Cancel reply