Synthetic biology – also known as biohacking – is an emerging and controversial scientific field that uses gene-writing software to compile DNA sequences. And thanks to a recent ruling handed down by the US Supreme Court, it is a process which is now entirely legal. All told, the potential applications of synthetic biology are largely useful, leading to lifesaving cures, or altered crops that survive in any environment.

However, there are numerous potential (and potentially harmful) commercial applications that could emerge from this as well. One such advancement comes from a DIY synthetic biology lab known as Glowing Plant, one that specializes in synthetic bio hacking. Basically, the project was one of many that emerged out of Singularity University – a research institute dedicated future technologies today.

Glowing Plant was  originally created to show the power of DIY synthetic biology, and has since sets its sights on developing a species of glowing house plant for consumers. To fund their goal, they opened up a Kickstarter campaign – the first of its kind – with the goal of $65,000. Based on research from the University of Cambridge and the State University of New York, the Glowing Plants campaign promised backers that they would receive seeds to grow their own glowing Arabidopsis plants at home. 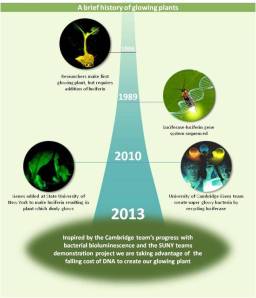 Glowing Plant also announced that if the campaign reaches its $400,000 stretch goal, glowing rose plants will also become available. As of the publication of this article, they passed that goal with a whopping $484,013 from a total of 8,433 backers. It seems there are no shortage of people out there who want to get their hands on a glowing house plant.

But Glowing Plant, the laboratory behind the project, has no intention of stopping there. As Antony Evans, co-founder of the project explained:

Given the thousands of people backing the project, I’d say he’s right! But rest assured, Evans and his team have no intention of stopping there. The ultimate goal is to create larger species of glowing plants.

The method used to achieve this is really quite interesting. It starts with the team downloading the luciferase-lucifern genes – the firefly DNA that allows them to glow – into a Genome Compiler, and then rewiring the DNA so that the proteins can be read by plants. The DNA sequences are then sent off to DNA printing company Cambrian Genomics, which has developed a relatively low-cost laser printing system. Those sequences are printed, put on a little spot of paper, and mailed back to the team.

After that, the team relies on one of two methods to transmit the firefly DNA into the Arabidopsis’ themselves. One way is to use a bacteria solution that is capable of injecting its own DNA into plants and rewriting theirs, which then causes the altered plants to germinate seeds of the new glowing strain. The other involves gold nano-particles coated with a DNA construct that are then fired at the plant cells, which are then absorbed into the plant chromosomes and alters their DNA. 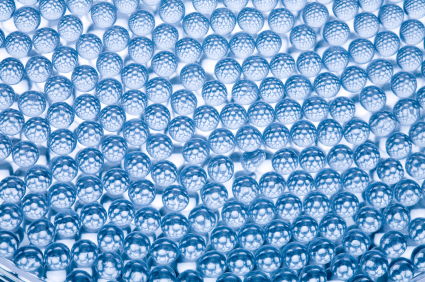 This second method was devised to do an end run around specific Department of Agriculture regulations that govern the use of viruses or other pathogens to modify DNA. Though technically legal, the process has attracted resistance from environmental groups and the scientific community, fearing that the DNA of these altered plants will get into the natural gene pool with unknown consequences.

In fact, an anti-synthetic biology group called ECT has emerged in response to this and other such projects – and is centered in my old hometown of Ottawa! They have countered Glowing Plant’s Kickstarter campaign (which is now closed) with a fundraising drive of their own, entitled “Kickstopper”. In addition, the group has started a campaign on Avaaz.org to force the Supreme Court to reconsider the ruling that allows this sort of bioengineering to take place.

At present, their fundraising campaign has raised a total of  $1,701 from 58 backers – rougly 9% of its overall goal of $20,000 – and their Avaaz campaign has collected some 13,000 signatures. With 36 days left, there is no telling if they’re efforts will succeed in forcing a legal injunction on Glowing Plant, or if this is the first of many synthetic biology products that will make it to the market through private research and crowdfunding.

A fascinating time we live in, and potentially frightening… 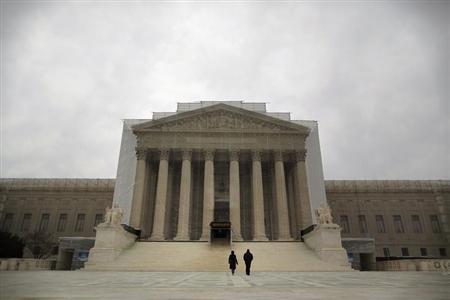 Today, in Washington DC, the US Supreme Court heard arguments made for and against the belief that the human genome can be claimed as intellectual property. For almost thirty years now, US authorities have been awarding patents on genes to universities and medical companies. But given the recent publication of the human genome, this practice could have far reaching consequences for human rights.

Ever since USC researchers published ENCODE – The Encyclopedia of DNA Elements Project – scientists and law-makers have been scrambling to determine what the next step in human genetics research will be. In addition to using the complete catalog of genetic information for the sake of bioresearch, medicine and programmable DNA structures, there are also legal issues that go back decades.

For example, if companies have the right to patent genes, what does that say about the human body? Do property rights extend to our mitochondrial DNA, or do the rights over a particular gene belong to those who discovered it, mapped its functions, or those who just plain planted their flag in it first? One of the most interesting aspects of the 21st century may be the extension of property wars and legal battles down to the cellular level…

Currently, researchers and private companies work to isolate genes in order to use them in tests for gene-related illnesses, and in emerging gene therapies. According to researchers at Weill Cornell Medical College in the US, patents now cover some 40% of the human genome, but that is expected to increase in the coming years, accounting for greater and greater swaths of human and other living creature’s DNA. 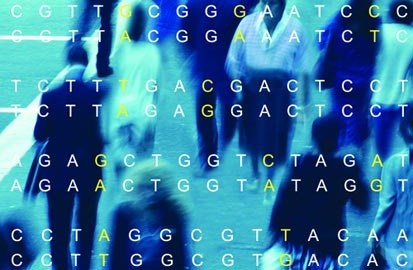 This particular lawsuit, filed by the American Civil Liberties Union in conjunction with the Public Patent Foundation, relates to seven specific patents that were made on two human genes held by US firm Myriad Genetics. These genes are linked to breast and ovarian cancer, and Myriad has developed a test to look for mutations in these genes that may increase the risk of developing cancer.

The company argued that the genes patented were “isolated” by them, making them products of human ingenuity and therefore patentable. But of course, The ACLU rejected this argument, saying that genes are products of nature, and therefore can’t be patented under US or any other man-made law.

Without a doubt, there concerns are grounded in what this could mean for future generations, if people themselves could be subject to patents simply because they carry the gene that a company holds the patent on. And who can blame them? With almost half of the stuff that makes our bodies tick belonging to private companies, how big of a stretch would it be for companies to effectively own a human being?

Alternately, if companies are not allowed to patent genes, what will this mean for medical and bio research? Will cures, treatments, and medical processes become a complete free for all, with no one holding any particular distribution rights or having their exclusive work recognized. And of course, this would have the effect of hurting a research or corporate firms bottom line. So you can expect them to have something to say about it!

It’s a new age, people, with patents and prospecting extending not only into space (with asteroids), but into the human genome as well. Predictable I suppose. As humanity began expanding its field of view, focusing on wider and more distant fields, as well as gaining a more penetrating and deeper understanding of how everything works, it was only a matter of time before we started squabbling over territory and boundaries again!