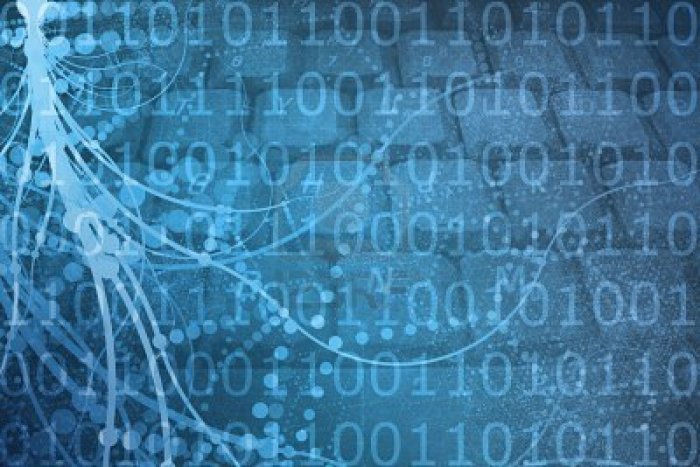 As Dec. 31st fast approaches, I find myself thinking about New Years resolutions. And part of that is taking stock on what’s been accomplished in the past year. For me, one of those resolutions was to stay current and share all the new and exciting news from the field of science and tech all my followers people; to the best of my abilities, that is.

In keeping with this, I wanted to create a list of the most important developments of the last year. Many sites have produced a top 10, top 12, even a top 7, list of what they thought the most significant accomplishments were. Well, I wanted to do one of my own! Opinion varies as to what the biggest leaps and bounds were over the course of the last year, and I’ll be damned if I don’t get my say in. Lord knows I’ve spent enough time reading about them, so here’s my comprehensive list of the greatest inventions, developments and advances made during 2012.

I think you’ll all agree, the list packed with stories that are intriguing, awe-inspiring, and even a little scary! Here are the top 12, as selected by me, in alphabetical order: 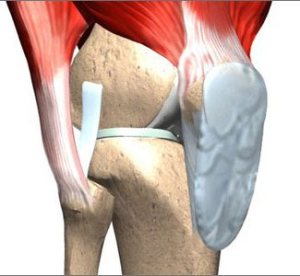 As far as tech trends go, this one has been in the works for some time. However, 2012 will be remembered as the year that 3D printing truly became a reality. From tree-dimensional models to consumer products to even guns, 3D printers have been featured in the news many times over for their potential and frightening abilities.

However, one of the greatest potential uses will be in the field of artificial cartilage, organs, and even food. As the technology is refined and expands to the field of organic molecules, just about anything can and will be synthesized, leading to an era where scarcity is… well, scarce! 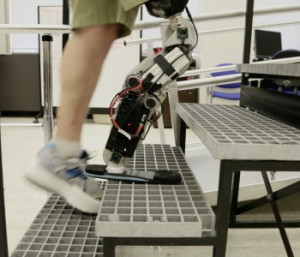 Perhaps the years biggest achievement came in the form of bionic prosthetics, artificial limbs which are calibrated to respond to the nerve impulses of the user. As a result, amputees, veterans and accident victims are able to receive artificial limbs that act like the real thing.

The most notable case was Zak Vawter who scaled the 103 flights of Chicago’s Willis Tower using an artificial leg. In addition, two men in Britain had their sight restored after undergoing the first ever case of retinal surgery where bionic implants were placed in their eyes. 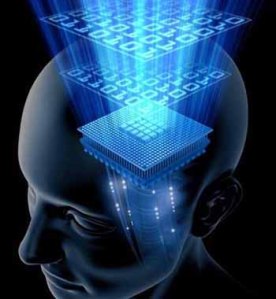 In September of 2012, scientists grafted an implant onto the brain of Chimpanzee, enhancing its brain power by ten percent. This consisted of an electrode array that was attached to the cerebral cortex of several monkey subjects, researchers were able to restore and even improve their decision-making abilities.

The implications for possible therapies is far-reaching, such as with brain injuries and cognitive disorders. But additionally, it also heralds the beginning of an era where human beings will be able to enhance their intelligence, recall, and memory retention.

Though not yet fully realized, 2012 was a big year in terms of commercial space flight. For example, Richard Branson and Virgin Galactic announced the first successful fully-loaded “glide test” of SpaceShipTwo, the rocket craft that will be taking passengers into low orbit as soon as all the kinks are worked out of the design.

In addition, Reaction Engines announced a breakthrough with the design of their hypersonic engine, which they claim will be fitted to their proposed spaceship – the Skylon. Capable of achieving speeds of up to Mach 5, this new craft is expected to be able to take off from conventional airfields, propel itself into low orbit, and deliver supplies to the ISS and make commercial trips around the world. No telling when either company will be conducting its first real suborbital flights, but the clock is ticking down!

One of the years biggest announcement was the deployment of the Curiosity Rover on the Martian surface. Since it landed, the rover has provided a constant stream of scientific updates and news on the Red Planet. Though the Mars Science Team did not find the “earthshaking” proof organic molecules, it did make a number of important discoveries.

Amongst them was solid evidence that Mars was once home to large rivers and bodies of water. Furthermore, the x-ray lab on board the rover conducted studies on several rock and soil samples, determining what the chemical and mineral composition of Mars surface is. 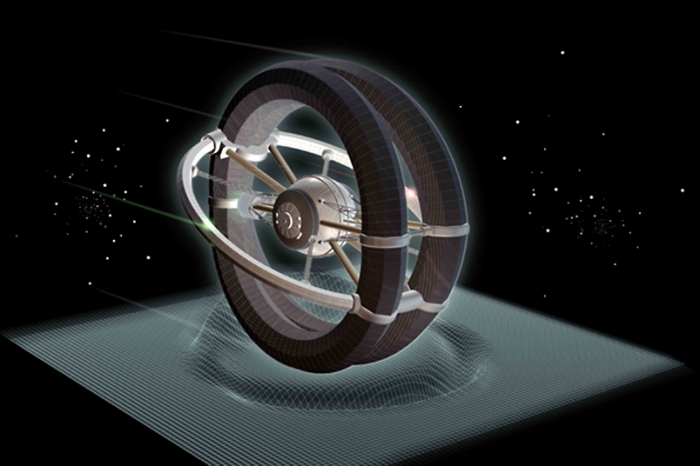 In the course of speaking at the 100 Year Starship, scientists at NASA began working on the first FTL travel system ever. Long considered to be the stuff of science fiction, physicist Harold White announced that not only is the math sound, but that his team at NASA had actually started working on it.

Relying on the concept of the Alcubierre Drive, the system involves expanding and contracting space time around the ship, allowing it to move faster than the speed of light without violating the Law of Relativity.

In October, the world’s first – and illegal – act of geo-engineering took place off Canada’s West Coast. The product of a “rogue geohacker” named Russ George, who was backed by a private company, the project involved the dumping of around 100 tonnes of oron sulphate into the Pacific Ocean. This technique, known as ocean fertilization, was meant to stimulate the growth of algae which metabolize carbon and produce oxygen.

The experiment, which is in violation of two United Nations moratoria, outraged many environmental, legal, and civic groups, many of whom hail from Haida Gwaii, the traditional territory of the Haida nation, who had enlisted by George as part of a proposed “salmon enhancement project”. Though illegal and abortive, the act was the first in what may very well become a series of geoengineering efforts which will be performed the world over in order to stay the progress of Climate Change.

2012 was also the year that augmented reality became… well, a reality (oh dear, another bad pun). Back in April, Google unveiled its latest concept device for wireless and portable computing, known as Project Glass. Combining an active display matrix, a wireless internet connection and a pair of shades, Google managed to create a device that looks like something straight out of cyberpunk novel. 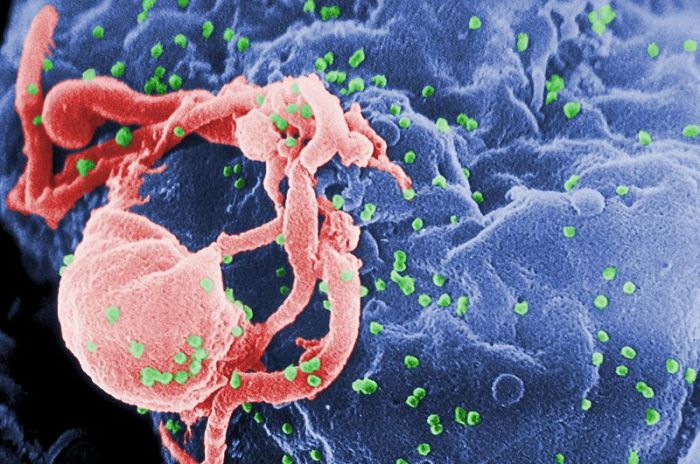 When it comes to diseases, HIV and the Flu have two things in common. Until 2012, both were considered incurable, but sometime in the near future, both could be entirely preventable. In what could be the greatest medical breakthroughs in history, 2012 saw scientists and researchers experiment with antibodies that have been known to fight off HIV and the flu, and to good effect.

In the former case, this involved using a new process known as Vectored ImmunoProphylaxis (VIP), an inversion of the traditional vaccination method, where antibodies were introduced to mice. After allowing the antibodies to reproduce, researchers at Caltec found that the mice were able to fight off large quantities of the virus. In the latter, researchers at the Friedrich-Loeffler Institute in Riems Island, Germany used a new RNA-based vaccine that appeared to be able to fight off multiple strains of flu, not just the latest mutation.

Taken together, these vaccines could bring an end to a common, but potentially deadly ailment, and signal the end of the plague of the 20th century. In addition, this could be the first in a long series of developments which effectively brings all known diseases under our control. 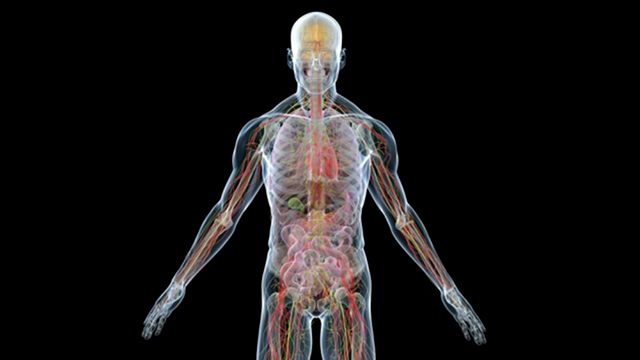 Little wonder then that Cambridge University announced the creation of the Center for the Study of Existential Risk to evaluate future technologies, or that Human Rights Watch and Harvard University teamed up to release a report calling for the ban of “killer robots”. With all the potential for enhancement, it could be just a matter of time before non-medical enhancements are a reality.

Researchers at BrainGate created a brain-machine interface that allows users to control an external device with their minds. The first person to use this revolutionary new system was Cathy Hutchinson, a stroke victim who has been paralyzed from the neck down for 15 years, who used the robotic arm to drink a cup of coffee.

This news, combined with other advances in terms of bionic prostheses, could signal the end of disability as we know it. Henceforth, people with severe injuries, amputations and strokes could find themselves able to make full recoveries, albeit through the use of robotic limbs. 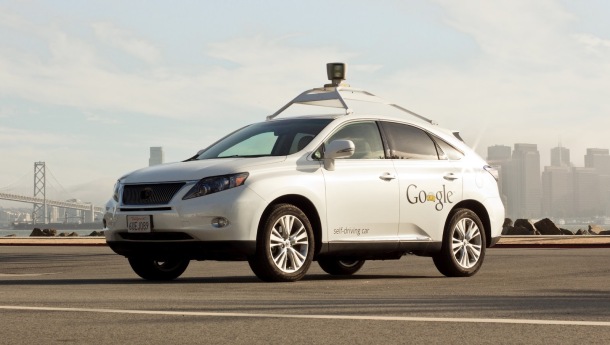 2012 marked an important year as three states (California, Nevada, and Florida) made autonomous vehicles legal. Self-driving cars, once perfected and produced en masse, will help with traffic congestion and significantly reduce the chance of auto accidents through the use of GPS, radar, and other technologies.

All in all, it’s been an exciting year. And with all that’s been accomplished, the future is certainly looking a lot more interesting and even frightening. What is clear is that predictions made for some time now are becoming realizable, including replication, a cure for all known diseases, advanced robotics, implants, cybernetics, and even post-humanism. Regardless of where one sits on these developments, be you pro, con, or neutral, I think we can all agree that it is an exciting time to be alive!

Happy New Year to all, and here’s hoping 2013 proves just as interesting, and hopefully a lot more peaceful and sound. And may we ALL find ourselves able to keep our New Years resolutions and build upon all we’ve accomplished so far. And of course, with all the potential for medical and technological enhancements that are coming, I sincerely hope we can find ways to improve ourselves on a personal level too!